Contemporary and Parametric Geometries in Architecture

Carrying on from the previous list of historical geometries in architecture, it’s time to look into contemporary geometry typologies. These increasingly depend on mathematics and scientific theories like Systems Thinking, but the list below does not go into these in detail but will give you a broad overview of some of the concepts. 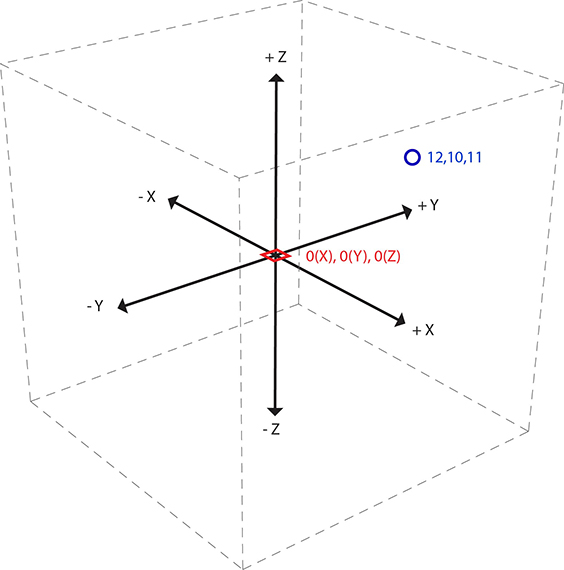 The 17th century also saw the invention of a method to describe forms in a 2 or 3-dimensional space using numerical coordinates. Starting at an origin point, (in 3D) three mutually perpendicular axis (x, y and z) form a three-dimensional numerical grid. The combination of topology, vectors, and the co-ordinates are the basis of any Computer Aided Design space. 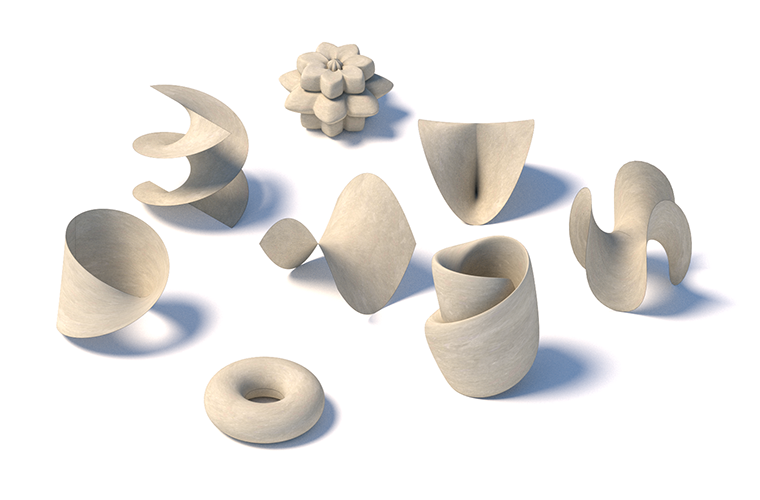 In the 17th century Calculus, the mathematical study of continuous change, leads to new evaluation of forms and form calculation.

Topology is distinct from geometry within mathematics. Topology engages in the properties of geometric objects with continuous deformations, such as pulling, pushing, twisting, stretching, crumpling and bending, but not assembling, stacking, cutting or adhering like classical geometries. 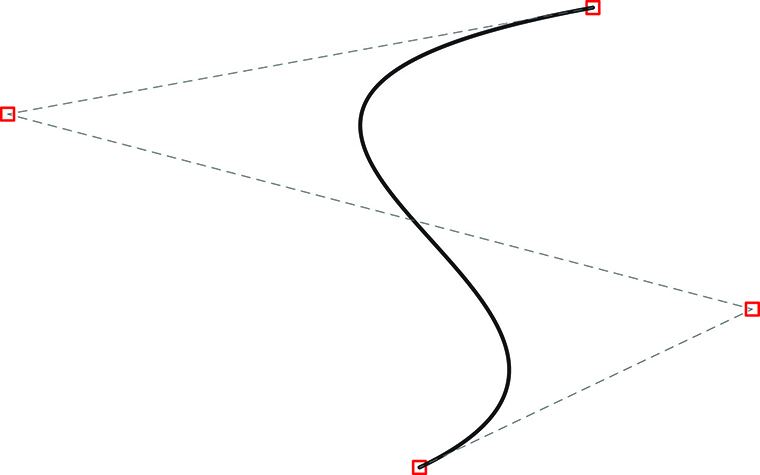 Originally a long thin strip of wood used by boat builders to draw smooth shapes. A spline is at its core a polynomial line controlled by variable points. The curve does not have a uniformly straight or circular segments as each segment between control points will be affected by points beyond the immediate control points. For this reason, splines and spline-based surfaces are considered by many as the fundamental parametric design language. 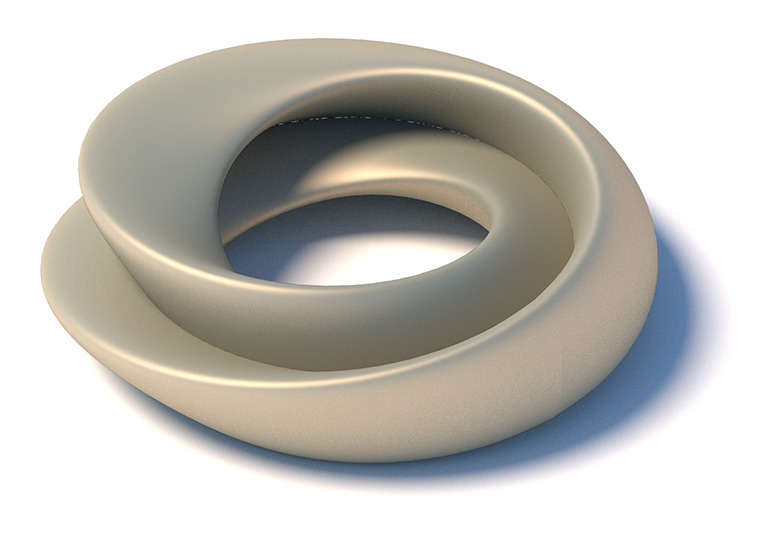 The Möbius strip has been mentioned before as a classical geometry. This is a simple ruled geometry where a strip of 2D surface is joined into a continual rotated surface. A surface that is effectively one sided. Klein bottle is the 3-Dimensional version of the same mathematical concept. The idea of single surfaces has been prevalent in parametric design approaches with attempts at breaking down clear distinctions between building elements (wall, floor, ceiling etc.) 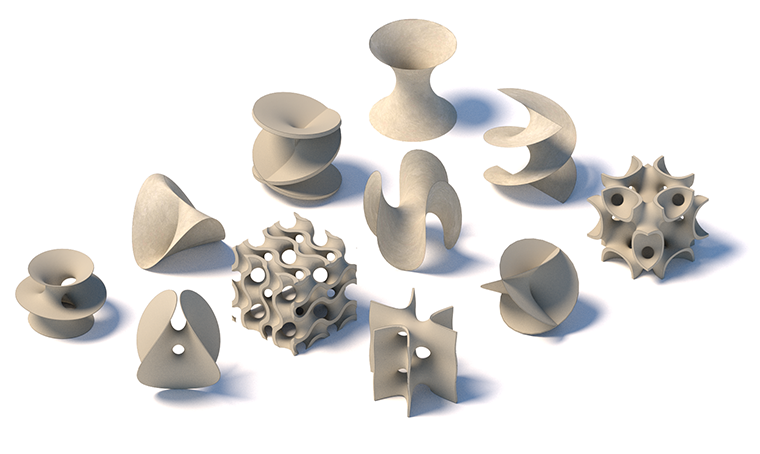 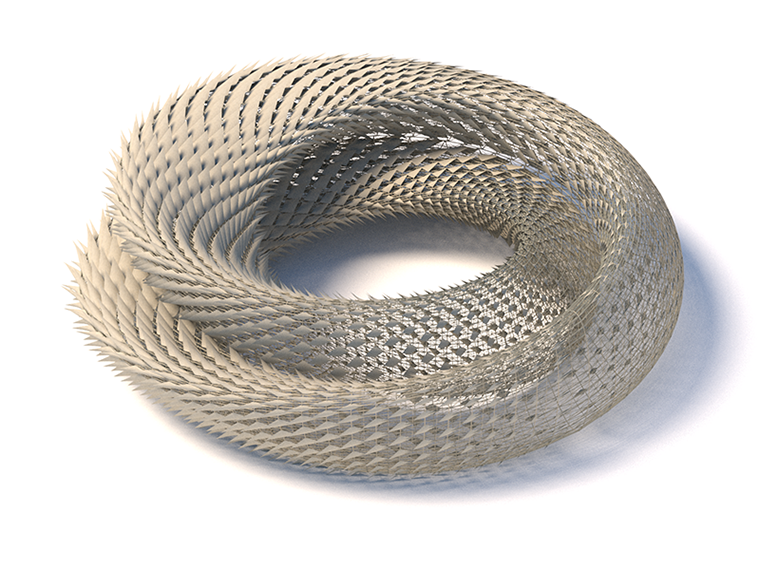 Combining surface topology with adaptive tiling or piling, a certain style of surface design has emerged out of parametric design developments. These will often include multiple functions from cover, through windows to structure amongst others. 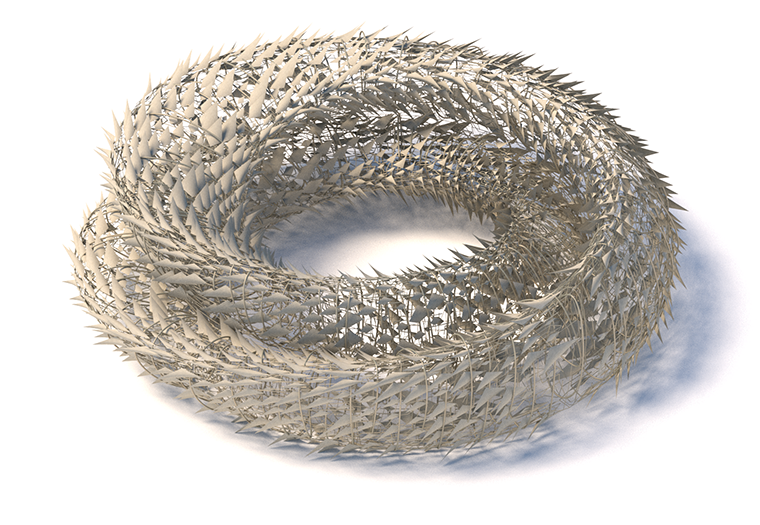 Complexity and chaos have been an interest from the formalization of chaos theory. The theory overlaps and combines in many areas with Systems Theory dealing with complex systems, non-linear systems and emergence out of self-organisation. In mathematically based geometry, there is no such thing as pure randomness. Philosophical proponents argue that randomness does not exist, it is simply a systemic event we have not modelled.

Systems Thinking which underlies parametric architecture is based on systems being the fundamental element and material emerging out of system processes, behaviours and relationships.

As such the architectural form is a result of a parametric design process that analyses the variables and systems that affect the particular site, context, materials and functions etc. It could therefore be argued that theoretically there is no specific parametric form of architecture, but this is contended by many. 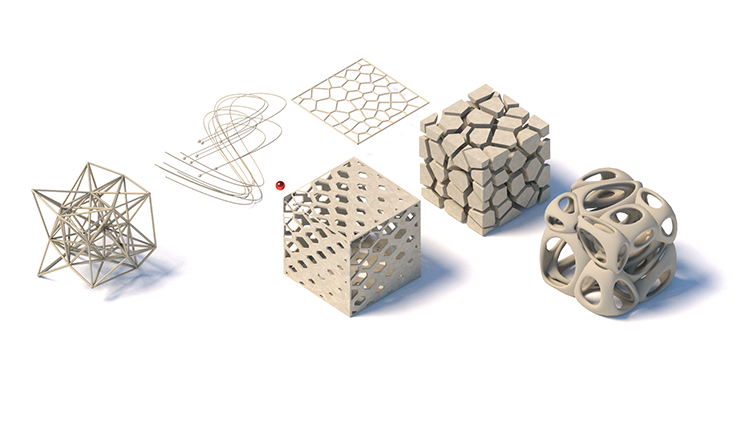 As discussed in the list of classical geometries in architecture, style can be seen to swing from realism to romanticism. But another way of conceptualizing this is as a swing from styles based on nature to styles devoted to the metaphysical

Systems Thinking originated as a philosophy of science where researches discovered that similar systems behaviours were being observed in different scientific disciplines. Leading Parametric architecture firmly to fall within the natural.

To different extent, parametric architects’ study how natural and scientific processes influence form and function and this information can be utilize . These include purely formal elements such as Voronoi and cellular systems, bone and shell structures to swarms, adaptability (attractors), networks and other solutions. For the study of parametric geometries, the ability of nature to use a single material, carbon, to do everything it needs is an eternal inspiration.

Diagrams are one of the core tools of the architectural process to manage complex and multi-dimensional information. The form and sophistication of these methods is constantly evolving, but unavoidably the form of the diagrams and diagrammatic process influences the architectural form to different extents. The least successful proposals simply look like a constructed diagram.

The use of algorithms in parametric architecture is too large a subject to discuss in a short list. Using the mathematical power of modern computers to manage, manipulate and process complex design ideas is a core component of the parametric design revolution.

One field is the use of genetic and stochastic algorithms to find optimal solutions to things like structure, acoustics, daylight and solar gain to name a few. 1000s of solutions can be tested in a short time. Which would take months and years to do through analogue methods.

The above list is but a short overview of the geometric language most recognized as “Parametric Geometries”. While there are theoretical arguments for many of these being The Style of parametric architecture, there is also an argument that the human built environment is not organic in form, and that culture should also be a variable in the design process. It is up to the designer to decide where they fall on the spectrum.