The type and use of geometry in architecture is a fundamental element of the variation between styles or language of architecture. The type of geometry is often conflated with meaning. One concept is that architectural style-isms like art swing between periods of “romanticism” and “realism”. With “romantic” being soft, using decoration and curvature, and “realism” being stripped down and hard edged. Another concept is that the swing is between the metaphysical/godly and the worldly/functional. Any such simplification is just that, a simplification. And this needs to be kept in mind when reading the following. 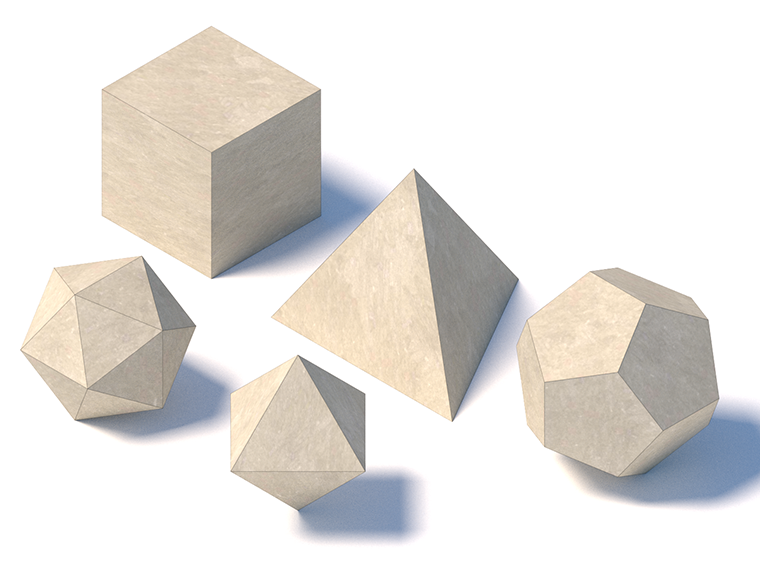 Named for Plato who in the Timaeus dialogues, hypothesized that the classical elements of earth, water air and fire were made of these regular solids.

Platonic solid is a regular, convex polyhedron. It is constructed by matching side, regular, polygonal faces. With the same number of faces meeting at each corner. The five solids are Cube, Tetrahedron, Dodecahedron, Icosahedron, and Octahedron. 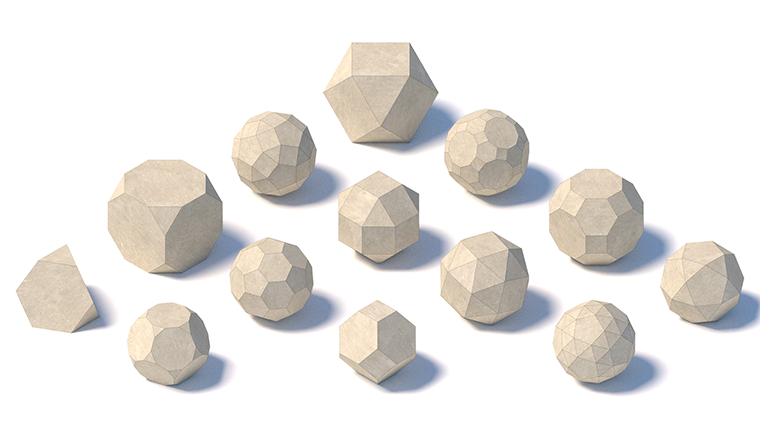 Named after Archemedes who discussed them in a now lost work. Unlike the Platonic solids the Archemedian solids are not identical, but convex uniform polyhedra composed of regular polygons meeting in identical vertices. The 13 solids are: 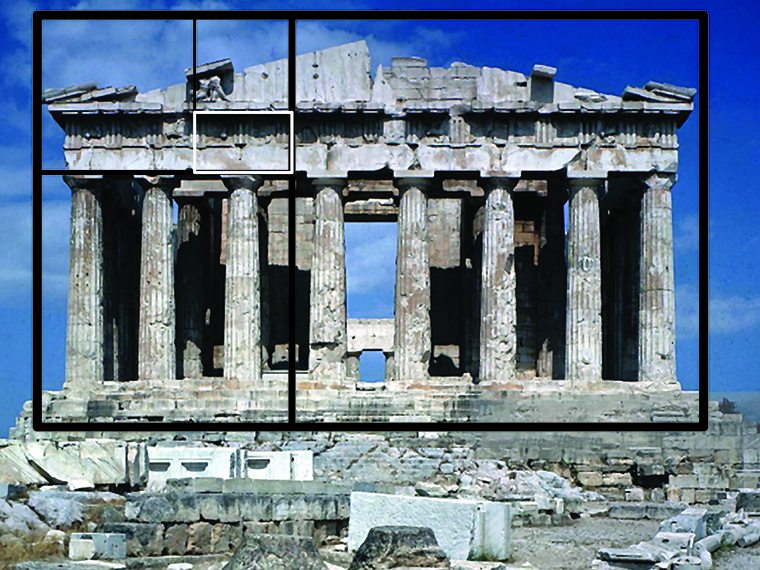 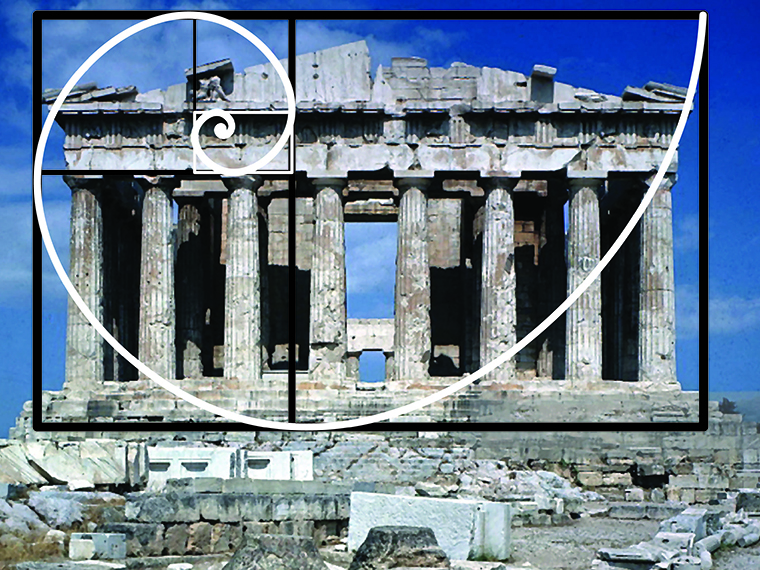 Leading directly from the golden ratio Fibonacci numbers are closely related. The sequence is where each number is the sum of the previous two numbers: 0, 1, 1, 2, 3, 5, 8, 13, 21, 34 etc. This ratio is the same as the sequential reduction of divided golden section (square) sides. This combination leads to the golden spiral. 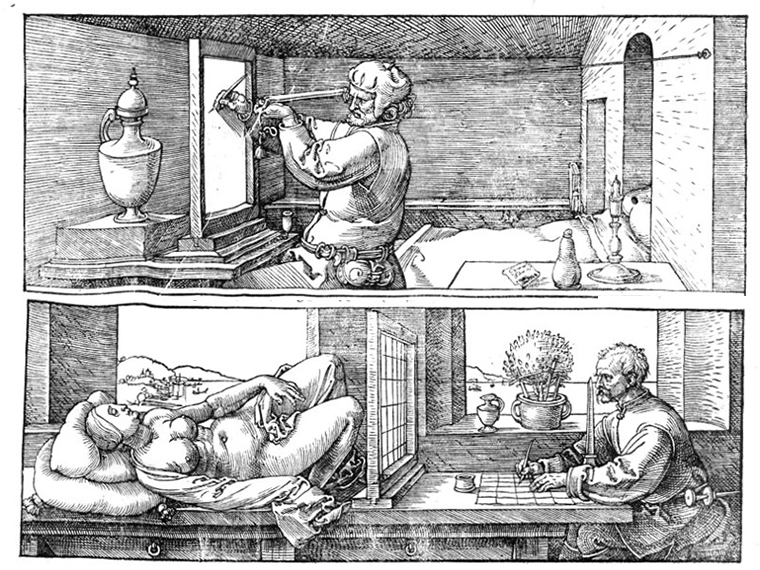 In order to scale, one has to be able to project one geometry to another. Classically this would be done by hand to eye coordination. Later scaled down models and drawings would work as a representation/instruction of the proposed work. This scaling would have implication on the geometry and language of the architecture. 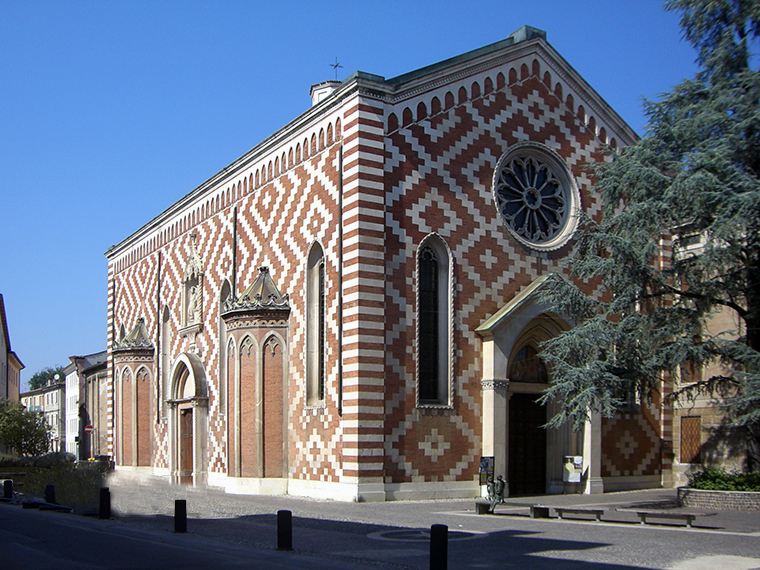 A structural support construction material heaped on top of one another. Classical approach includes piling different types of materials to form banded patterns, or carving decorations into stacked stone structures. 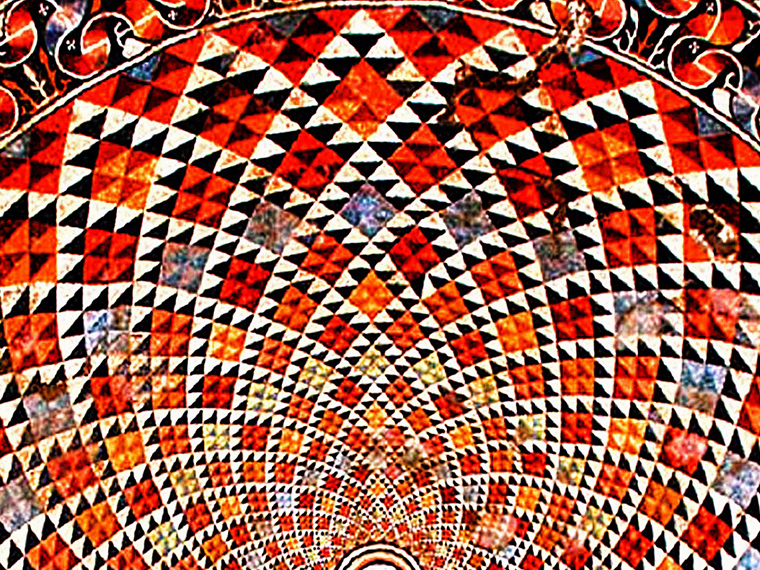 Classically a flat surface covered in tiles forming a geometric pattern. The tiling can include regular or irregular patterns, periodic or non-periodic. Tessellation is found in nature, such as honeycomb patterns. 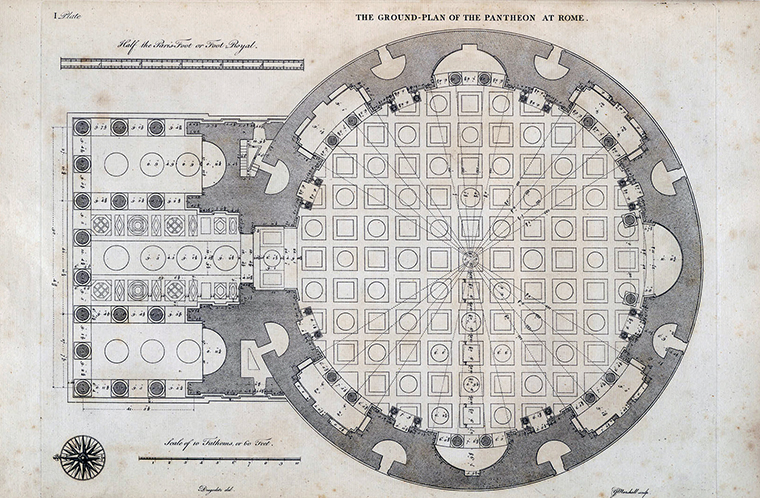 Surface applied covering made of multiple tiles. Periodic tiling on a 2D surface will repeat in both directions 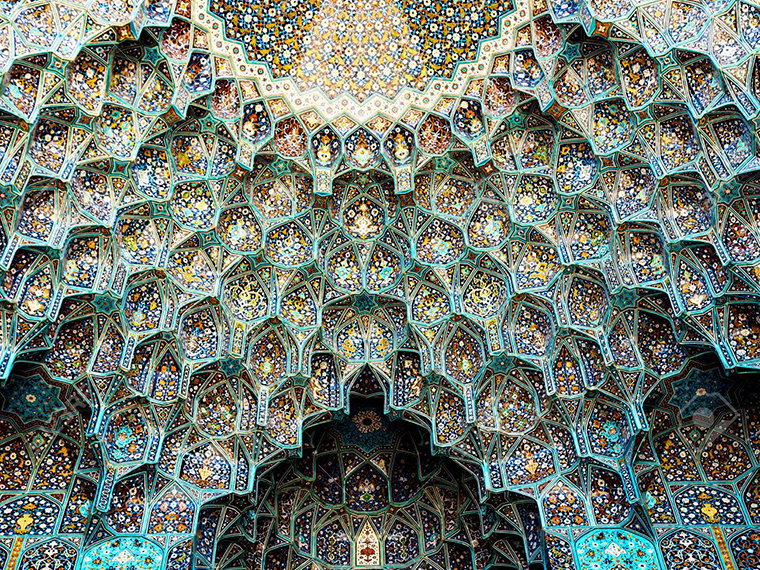 Non-periodic tiling where the pattern does not contain arbitrary large periodic patches. Penrose tiling in the best known (and interesting) example of this type of tiling. 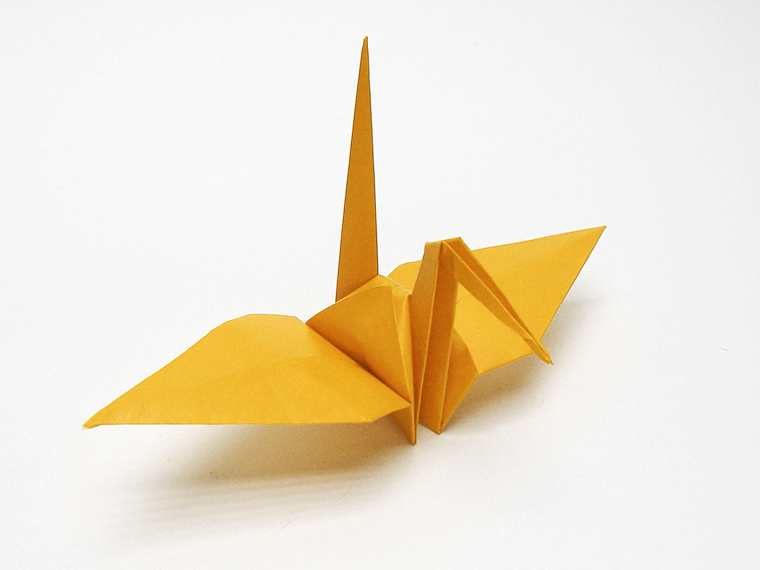 Originally an art of paper folding, the geometrical method is closely related to tessellation using a single surface material. Origami spans the area of classical to modern/contemporary geometry in architecture. 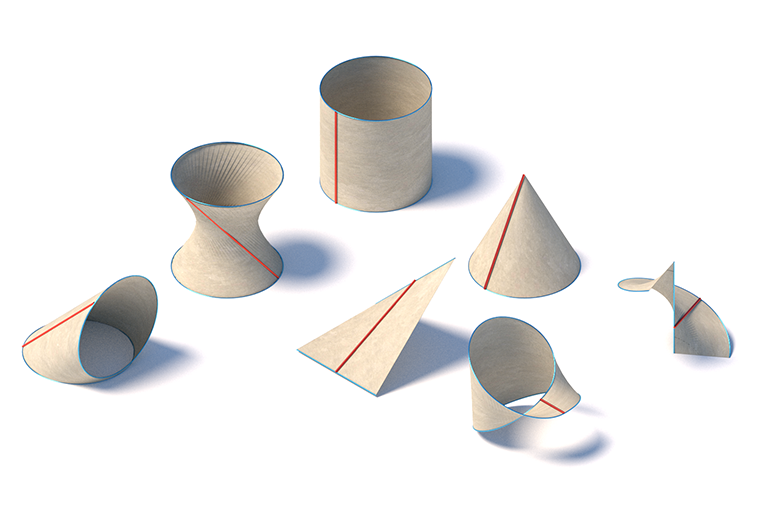 A surface is a set of points swept by a moving straight line. In essence a 3 dimensional surface that can be created with straight lines, allowing the forming of organic looking surfaces using simple tools. Ruled surfaces, such as hyperboloid structures have been made throughout history. Antonio Gaudi used ruled surfaces as the base to develop the complexities of his architecture. Ruled surfaces include Cylinders, Cones, Helicoids, Hyperboloids, Hyperbolic Parabloids and Möbius strips. 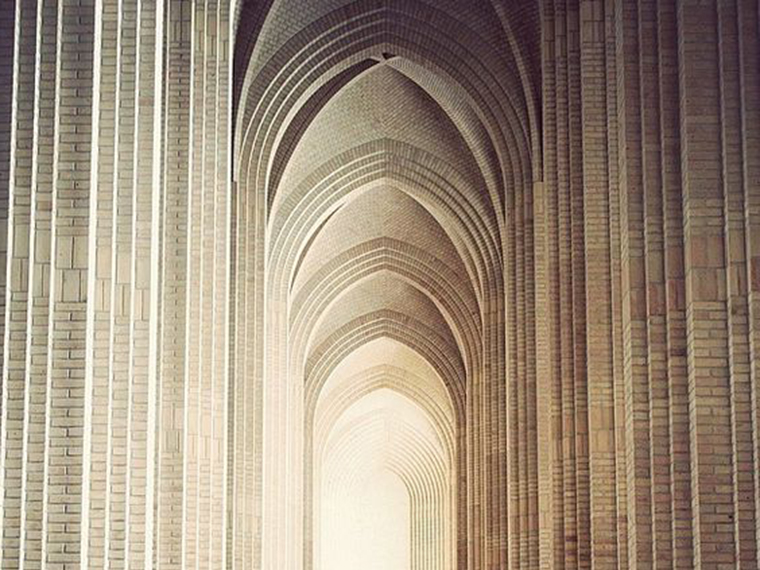 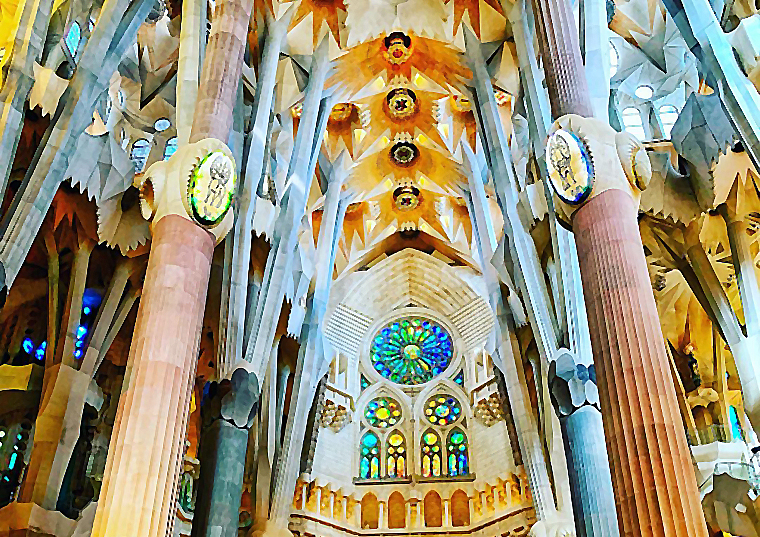 The combination and variations of classical approaches to geometry go right they way into classical modernism. The more traditional practitioners lament the disappearance of classical geometries from architecture and blame this for a fall in aesthetic understanding amongst the profession and general public.  On the other side are contemporary architects like Patrick Schumacher calling the approach repetition of primitives, like a garbage heap.

Readers will have to make their own choice where they fall on the matter, but as with all evolutions of styles and methods, the new is usually never exclusive from the old.