A linear city is an urban plan consisting of an elongating urban formation.

This kind of urban plan occurs naturally in some instances. For example, where geography forces a city plan, along a tight strip of land between coast and mountain, or along a river to make use of transport and/or wind cleaning out pollution.

The Linear City as an urban concept was first developed by Arturo Soria y Mata (1844–1920) in Madrid 1894. The concept was championed by many modernist architects where a central highway infrastructure would form a transport spine, with the city sitting along both sides of this spine.

Since then every generation of architects “re-invent” the linear city. It looks interesting from a satellite, and the city can be tightly controlled with calculated infrastructure and set parameters. Getting away from that pesky complexity of a natural urban growth.

Apart from the authoritarianism built into the concept, Linear Cities are a bad idea for a simple calculable reason. They are highly inefficient.

To demonstrate, I have made three simple models of city formations, each with equal area and equal number of buildings (location nodes). Each location is then connected to each other location in order to calculate the overall distance: 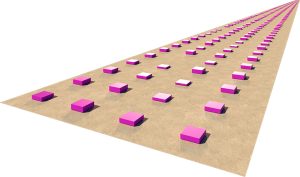 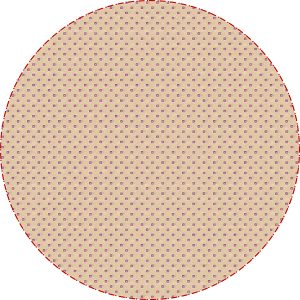 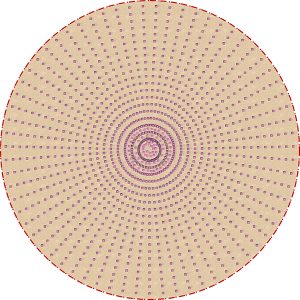 To measure the efficiency of the urban form, each node (residence, office etc.) is measured against the distance to every other note in the system. This gives a general idea of potential travel distances and times within each urban form. The outcome is pretty revealing. The Concentrated city is 5.7 times more efficient that the linear city in this sample. The Natural City is 7 times more efficient.

The distance calculation translates to other effectiveness and sustainability of the city forms. The resilience of the linear city form has to be highly suspect. It is a forced urban form that relies on and inflates waste.

The traditional urban form has evolved over the millennia through complex interactions of external and internal forces. To work against this purely for the sake of hubris or aesthetics is a mistake.

Download a Zip file with the Rhino + Grasshopper file to experiment with this yourself.